Before entering a guilty plea, you need to know that there are a number of collateral punishments that occur with a Domestic Violence conviction. Talk to an attorney that has experience in this area.

Call me and allow me to walk you through the legal landmines that exist in a Domestic Violence case.

Domestic Violence can affect anyone

Most people think Domestic Violence can only happen in relationships (husband/wife, partners, boyfriends and girlfriends) however, domestic charges can have children and former roommates as potential victims. The most common domestic charges include domestic battery, criminal damage to property, and/or disorderly conduct. Sometimes, these charges are used as leverage in a divorce proceeding. In those situations, the spouse may file for a protection from abuse order which could restrict your ability to see your kids, pets, and/or retrieve belongings from your house.

Charges can be brought without the victims cooperation

Changes in the law require someone to be removed from the residence whenever the police are called to a domestic dispute. Even if there is no physical evidence, the police could still arrest you based upon surrounding evidence. If you are arrested, know that charges will be brought forth with or without the cooperation of the victim.

In Kansas, domestic violence is defined as any crime committed against a family or household member or someone with whom the defendant shares a romantic relationship. Charges like domestic battery, criminal damage to property, disorderly conduct, or criminal restraint are examples of what could be charged as a domestic violence case.

Domestic violence charges can aggregate, causing harsher punishments with each new charge, including but not limited to an escalation to Felony Domestic Battery. I have handled a large number of domestic violence cases. I understand that these charges have a much larger impact than just the criminal aspect.

Ready to fight for you at trial

Contact an attorney that is willing to take on the fight all the way up to trial if needed. Some attorneys prefer to plead cases so that they can move on to the next paycheck. I have tried a number of trials and prosecutors are aware of this. The realization that I am more than willing to go to trial could result in a better outcome for my clients. Find a criminal defense attorney willing to fight your case all the way to the end. Contact me so that we can discuss your case and review your options and rights. 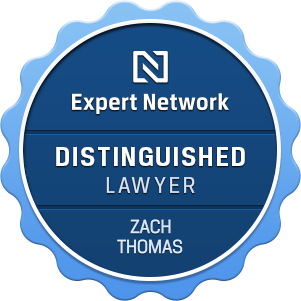